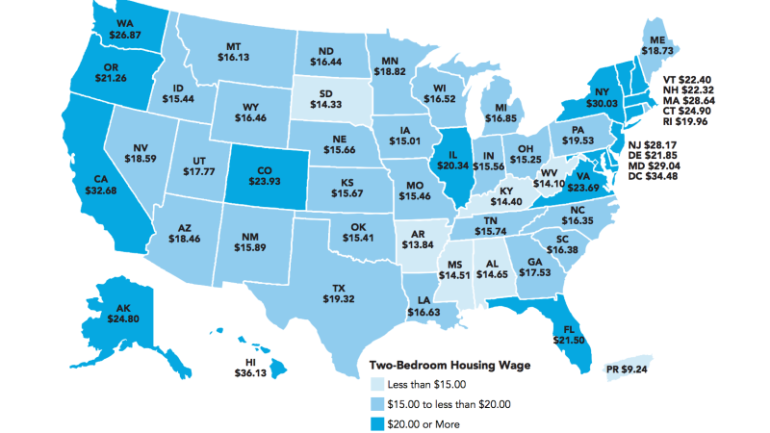 There is nowhere in the U.S. where a full-time worker earning the federal minimum wage of $7.25 could afford a two-bedroom rental apartment working 40 hours per week, according to a study released Wednesday from the National Low Income Housing Coalition. In fact, workers need to make on average of $22.10 per hour to afford a modest two-bedroom (and $17.90 for a one-bedroom) without spending more than 30 percent of their income.

Source: Here’s the Hourly Wage You’ll Need to Afford a Two-Bedroom in the US